July 20, 2011
Last week Hubby and I stopped in Portland, Maine on our way home from Grand Lake Stream.  Portland is the largest city in Maine and is home to approximately 66,000.  It was lunchtime when we arrived in Portland so we found our way to the waterfront in search of a great local restaurant. 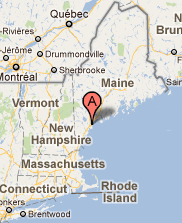 On Commercial Street in the Old Port section of Portland we found DiMillo's on the Water, a floating restaurant. 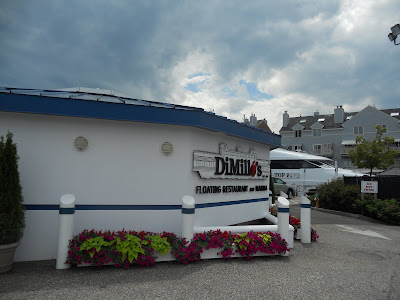 Floating, you ask?  Well, yes.  DiMillo's is actually a former car ferry that has a Rhode Island connection.  From 1958 to 1977 the ferry made its home in Rhode Island, first as a ferry, named the Newport, which ran between Newport and Jamestown, Rhode Island.  It was later used as a youth center by the city of Pawtucket, Rhode Island, until it was sold to the Setaucket Yacht Club of Port Jefferson, New York in 1977.

It was a lovely day and we were seated at a table outside which gave us a clear view of the Portland Harbor. 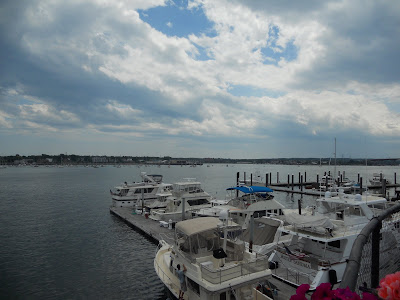 We ordered lobster rolls for lunch.  They were served the typical New England way on a toasted hot dog roll, chock full of chunks of perfectly cooked lobster, lightly dressed with mayo, placed on a bed of shredded iceberg lettuce.  Heaven I tell you! 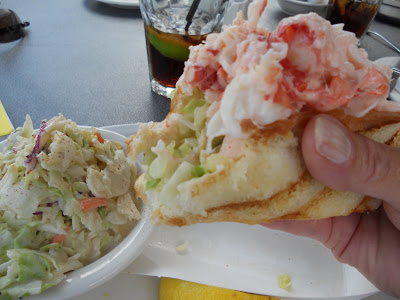 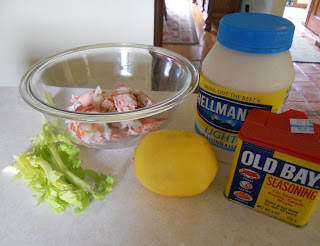 In a small bowl mix together the mayonnaise, lemon juice and Old Bay seasoning.  Pour the mayo mixture over the lobster.  Add the chopped celery leaves. 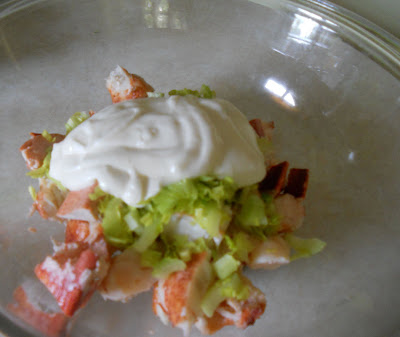 Toss lightly to combine.  Refrigerate if not using right away.  You should know that the celery leaves, lemon and Old Bay seasoning are not essential ingredients to a delicious lobster roll.  I added them...just because.

Are you wondering what a New England style hot dog bun looks like? 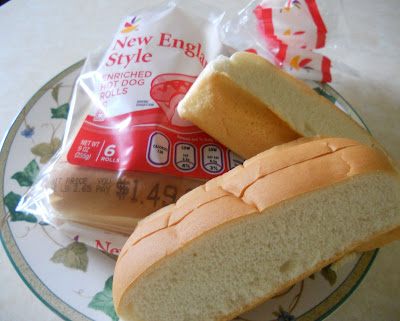 Lightly butter the sides of the hot dog buns.  Lightly toast the buns.  I used my grill to get those nice grill marks.  Place shredded lettuce in the bun and top with the lobster.  Serve immediately. 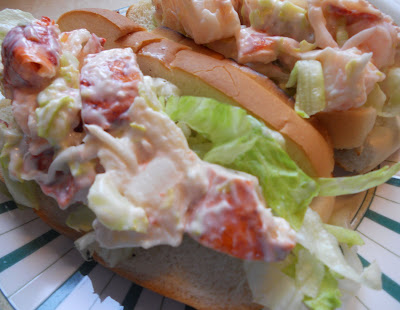