April 12, 2011
Whenever I go anywhere these days I take my camera.  I take pictures of this, that and the other thing.  That means I have a lot of pictures of nothing in particular in my computer.  All those pictures need some organizing.  While flipping through the photos I found several of gates. Do you think I took pictures of gates for a reason?   Is there symbolism in these pictures of gates? 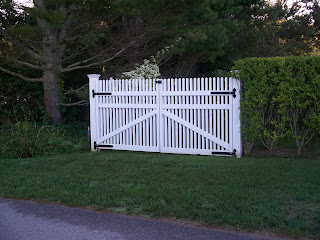 If you only knock long enough and loud enough at the gate, you are sure to wake up somebody.   Henry Wadsworth Longfellow 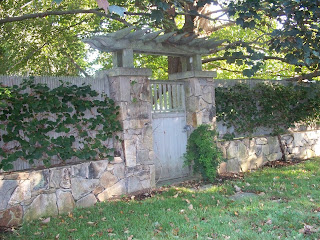 No one can persuade another to change. Each of us guards a gate of change that can only be opened from the inside. We cannot open the gate of another, either by argument or emotional appeal.   Marilyn Ferguson 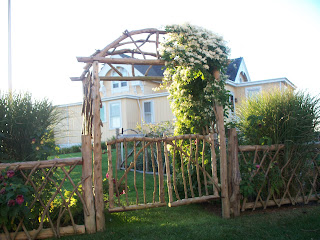 Both in thought and in feeling, even though time be real, to realise the unimportance of time is the gate of wisdom.  Bertrand Russell

I believe the future is only the past again, entered through another gate.  Arthur W. Pinero 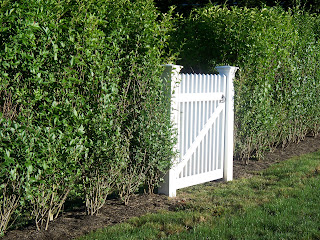 Go on thinking that you don't need to be read and you'll find that it may become quite true: no one will feel the need to read it because it is written for yourself alone; and the public won't feel any impulse to gate crash such a private party.  Dylan Thomas 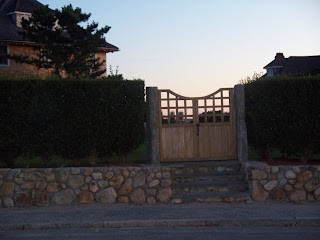 Maybe not...Perhaps they are just lovely gates.
Quotations source:  BrainyQuotes.com
Enjoying the world around me...

January 11, 2018
Are you familiar with the term "hygge"?  It's a Danish term that has caught on in the U.S. because it speaks to the feelings of coziness and relaxation we seek during the winter months.  It emphasizes the simple things in life and the feelings of a life well-lived.  One of the ways I create hygge this time of year is by making sure my collection of African violets and orchids is happy and healthy. How to Care for African Violets and Orchids During Winter This post contains affiliate links.  We receive a small compensation when you shop with these links. Your houseplants are most likely crying out for some attention right now.  If you are like me, you ignored them a bit during the busy holidays.  After all the festive decorations are put away, it's time to give your plants a lovely spa treatment. Read on for tips on how to care for orchid plants and African violets in winter.
7 comments
Read more